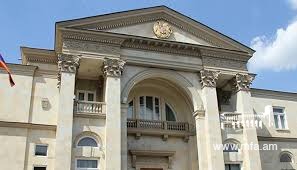 On 20 February 1988, the Nagorno-Karabakh Regional Council met in an extraordinary session to adopt a resolution expressing the Artsakh people’s will for free self-determination. Three decades ago, Armenians all over the world joined the fair demand and struggle of Artsakh.

Today, we are celebrating the 30th anniversary of that historic turning point, which the Artsakh Republic has rightfully proclaimed as the Artsakh Revival Day. Moreover, it became the day of revival of the Armenian people. Monte was right to insist that if we were to lose Artsakh, we would have turned the last page of Armenia’s history. February 20, 1988 was the moment of unity, determination and national awakening of the Armenian people.

Azerbaijan responded to our people’s peaceful and legitimate demarche by massacres in Sumgait and other places. In those days it became clear that people in Artsakh were doomed to physical extermination or victory.

We were forced to wage war. Those who unleashed the war were convinced that they had a great advantage, and the Karabakh issue would be resolved swiftly and permanently by exterminating the Armenians and depopulating Artsakh. From the distance of three decades we can confidently state that the Karabakh movement saved hundreds of thousands of lives.

Strong with the backing of the whole Armenian nation, the Armenians of Artsakh managed to cope with that severe trial with honor. Today, those who are calling us enemy, accuse us in everything, but the only fault of the people of Artsakh is that they did not lose and were not exterminated in that war.

The Karabakh movement was supposed to be transformed at a certain stage. With the proclamation of statehood, the movement did not shrink, but became a State policy. The pan-national outburst and awakening was crowned by the reinstatement of our two Armenian States.

We can hear the same threats as 30 years ago as we celebrate the 30th anniversary of the Karabakh movement. The anti-Armenian propaganda has continued for 30 years now. It seems that nothing has changed. But we did. The free Artsakh, which shook off the Azeri yoke 30 years ago, is developing at a progressive pace both economically, politically, or culturally.

In our public consciousness there may be a justified perception that what is done is not enough. Therefore, we must constantly mark up the bar of our requirements and expectations. As a nation and a State, we still have a lot to do. There is a great deal of work to be done in all fields, but what we have done together over the past 30 years, sometimes in most difficult circumstances, is actually quite enough. Obviously, this is probably the most important thirty-year in Armenia’s history of the past few centuries. We can do much more, and yet we will think it insufficient.

Subjugation does not have an excuse, while freedom has no alternative. We are building modern and democratic statehoods in the Republics of Armenia and Artsakh. We fully respect the fundamental human rights, since freedom and dignity are absolute values for the Armenian people.